Marble was rescued in Westbrook, Connecticut on August 5, 2012 after he was found next to a highway. Marble is a non-migratory bird. Marble hunts many different types of prey including rodents, rabbits, birds, amphibians, reptiles, and fish.

Moody arrived at Earthplace in 2013. She had a damaged right eye which needed to be removed in order to prevent infection. 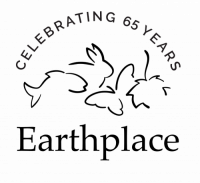